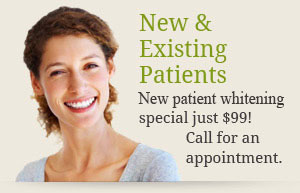 Ready to Shedule Your Next Visit?

Ready to Schedule Your Next Visit?

Great! Just click here. Our friendly team is ready and waiting to help. Your comfort and convenience are our top priorities. We look forward to serving you!

Changing of the (mouth) guard at Valley Oaks Dental

Dr. Joseph Steiner, left, stands beside Dr. Jeff Wichmann in the Valley Oaks Dental clinic. Steiner, who’s been practicing dentistry in Apple Valley since 1969, plans to stop seeing patients at the end of the year. Wichmann, a 1997 graduate of Apple Valley High School, has been seeing patients at the clinic since 2006 and recently took over the practice. (Photo by Andrew Miller)

When Joseph Steiner first started practicing dentistry in 1964, things were a little different.

“Silver fillings were big — versus the white fillings we have today — we didn’t have digital X-rays, and there were no computers, so all the books were handwritten. There have been a lot of changes.”

While many of the tools of trade have changed, the secret to longevity in the dental trade is the same as it always was, according to Steiner.

Tending to teeth in Apple Valley since 1969, he’s the city’s longest-practicing dentist. He’s been practicing so long, in fact, that he’s now seeing the fifth generation of some of the local families whose gums he began examining back in the late 1960s. The key to his success, he said, has a lot to do with disposition.

“If you’re an introvert, you’re not going to make it (as a dentist). You’ve got to love the patients,” said Steiner, who announced recently he plans to stop seeing patients at the end of the year. “The best part has been the relationships I’ve experienced with my patients.”

That sentiment was echoed by Steiner’s colleague Jeff Wichmann, who recently took over the Valley Oaks Dental practice. An Apple Valley native and 1997 Apple Valley High School graduate, Wichmann said it’s not uncommon to find himself examining the molars and incisors of former classmates and childhood friends.

“Even in my first few days here, I was seeing old neighbors, old teachers, kids that had the same kindergarten teacher that I had — those were really neat connections,” said Wichmann, who joined Valley Oaks Dental in 2006.

Steiner, who’s marking his 50-year anniversary as a dentist this month, was one of the first dentists in Apple Valley — when he began practicing in the city, he and a colleague had a small office near Glen’s Market at the northeast corner of County Road 42 and Garden View Drive. His practice has since moved to the 7300 block of West 147th Street, across the street from Merchants Bank.

Steiner has reduced his work schedule in recent years and now sees patients one day a week. He said his decision to stop seeing patients at the end of the year will afford him more time with his grandkids and more time for his favorite pastime, golf.

“The legacy he built — 50 years is a long time to be a dentist,” said Wichmann. “It can be stressful and physical — you’re twisting and turning and it can be hard on our bodies. It takes a special person to do this job that long.”